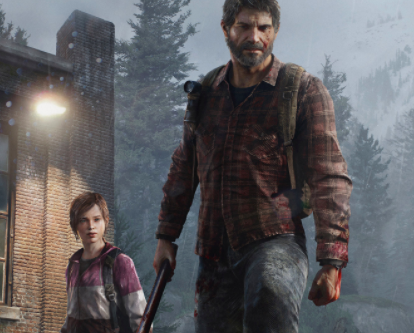 How do you rate the best of a subjective genre? By personal opinion, of course, and for me, I’m rating my best on gameplay, and most of all, the story. I am a writer after all, well, doing my best at practicing it anyway.

For the scariest, like, wanna throw the controller away type of fear, you can’t beat OUTLAST. It’s a first person game, using darkness, flashlights with low batteries, and an eerie atmosphere to freak you the ‘f’ out. And it does it well. But is the story awesome? It’s ok.

You also may have heard of the Friday the 13th game as well. It is a multiplayer game, where you spawn as either Jason (predator) or a camp counsellor (prey). Jason tries to kill all the counsellors as they try to activate, and or build their means of escaping the map. Hella fun, and as an avid F13 fan, I absolutely love this game, but once again, the story? It’s ok.

The preceding games are just an example of some of these types of games. They are survival horror. Resident Evil has been doing these games for years and they are not new.

In 2013, yeah, seven years ago, a Playstation exclusive game was released. The Last of Us. Man. This is a game. It is third person game, but still manages to immerse you deep into the story. And the opening? Your teenage daughter dying in your arms at the beginning of a world-ending pandemic? Need I say more? Ok. I will then.

Of course, the father, Joel, becomes hardened, angry, and afraid to care for anyone. He makes his living smuggling items, and working on the dangerous outskirts of the small, stand-alone communities. And then along comes Ellie. A teenage girl who needs to be escorted far away. Joel doesn’t know why, only that the job pays very well.

They begin their long journey together, and of course he doesn’t want to like her, but he ends up dong just that. Now, none of this is really storytelling originality for sure, and I won’t say that it is. but the ending, man, I still think about it.

SPOILERS: Turns out Ellie is immune to this plague. She carries antibodies that could be used to develop a vaccine. She knows the process of removing these antibodies will kill her because it has to be harvested from her brain. Joel doesn’t know this until the very end when she is about to be operated on. And although Ellie is willing to sacrifice herself, Joel is not willing to sacrifice her. While she is out, getting ready to be operated on, Joel kills everyone, the surgeons, the staff, and takes her away.

The game ends with her asking him what happened. He tells her before they got in too deep, they realized they wouldn’t be able to create a vaccine, that it had all failed. Suspicious, she asks him if he is telling her the truth. He tells her yes, of course he is. He swears on it.

That is one hell of an ending. Joel couldn’t care less about the rest of the world. He only cared about Ellie, and what losing her would mean to him. Love it. If you like survival horror and an excellent story, get this game. It was a Playstation exclusive and it sold 17 million copies. It’s not on Xbox, not on PC, only on Sony and it sold that many… yeah. So good.

John Hunt is the best selling author of Doll House, The Tracker, and Off the Grid. His newest book, Murder Run, is available now on Amazon. Click the link below to get your copy today.